If you’ve been reading this blog for a while, you probably know that I’m not Marvel’s biggest fan. I have nothing against the characters (in fact, I do like them quite a lot), nor the directors whatsoever. However, the trend of making dozens of films that follow the very same template has become tiresome by now, and the overly comical approach the movies have had in the last few years has actually become a problem, in my opinion.

Enter Black Panther. A refreshing blockbuster that returns to the starting point, as it is very reminiscent of the early period of the MCU, which introduced us to fan-favorite characters such as Iron Man. Directed by Ryan Coogler, the film follows the events of Civil War, and tells the story of Wakanda’s king T’Challa, who will be challenged by internal and external affairs in his quest of keeping Africa’s most guarded secret safe.

First of all, let’s take a moment to appreciate how awesome this film is just because of the setting and characters it depicts. Used to watching superhero flicks flooded by white guys fighting, having the chance to witness something that, for once, felt more inclusive is awesome. Hopefully Marvel will follow this path, take into account social minorities and bring them to the big screen. The biggest assignment they have right now could be having a movie led by a woman, though… 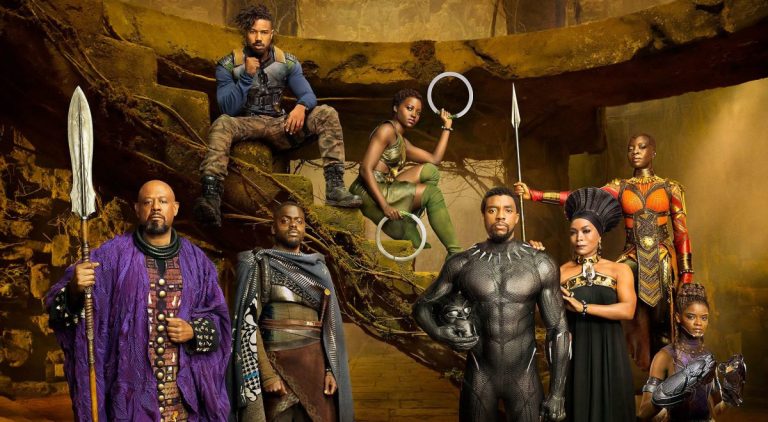 Coogler directs the show wonderfully, creating moments that are dramatic or tense, without sacrificing the lighter approach Marvel flicks always deliver. The more serious tone and a slightly more raw approach to action and violence raise the stakes in an organic way. I genuinely believe that he has had more guts and has attempted more challenging shots than any other director in the MCU before, to spectacular results. For example, there is a pretty epic action scene set in a casino that is filmed and edited to resemble a single shot. Sure, those of us used to nitpicking movies will be able to spot where the cuts are, but the result is excellent anyways, so it is a very welcome effort. Direction breathes enthusiasm, a feature long-lost in the myriad of carbon copies we’ve been getting lately in comic book adaptations.

When talking about the story, many critics have praised the character development of the main villain, stating that his motives can be understood and shared, making him a bad guy you can sympathize with. I couldn’t disagree more, as I felt his character was the usual antagonist in these movies. Not a bad one, but a regular one, so to say. Other characters were fun and created interesting chemistry among them, which were nice to see evolve.

All those characters were amazingly portrayed in what could be the best acted film among all of Marvel’s big-screen efforts. Chadwick Boseman and Michael B. Jordan create a nice protagonist/antagonist relationship, Letitia Wright absolutely nails it when her character introduces Everett Ross (beautifully acted by the lovely Martin Freeman) to Wakanda’s latest tech, Lupita Nyong’o delivers yet another amazing performance as T’Challa’s sister… Oh, and Danai Gurira is 100% badass in her warrior role.

Some more technical aspects are appropriate but not outstanding, such as the visual effects, which were once again bloated with CGI in every single corner, which gave a cartoony look to the picture. Editing was nice too, with almost no highlights nor missteps. Soundtrack must indeed be mentioned, though, which was a tremendous effort by Ludwig Göransson, who mixed traditional instruments with contemporary melodies creating a compelling score.

Black Panther reminded me why I watch every single Marvel movie as soon as it comes out. It’s because of the enthusiasm and innovation, because of the characters who you care about and the storylines that matter, about those tense scenes that make you feel involved in the universe shown on-screen. Coogler’s latest may not be a perfect film, but it is one that will keep the flame alive for a while, indeed. 8/10